September 2020. Due to the Corona crisis the meeting was held online via the open source platform

This time the focus was on renewable energies, in particular photovoltaics, as well as on approaches
to stabilisation for GREATER GREEN and the working group after the end of ERDF funding at the end
of the year.

Current examples of the use of renewable energies in the environment of the Umwelt‐Campus
The first speaker, Prof. Hendrik te Heesen, used the best practice example of the Environmental
Campus to show how the use of the entire roof surface for electricity generation by photovoltaic (PV)
can increase the rate of internal consumption and reduce energy costs. As a further example he
presented a hybrid local heating system that heats with wood chips and is supported by a groundbased
solar‐thermal system. Prof. te Heesen also presented the new Solarcarport concept based on
currently 730 kWp with integrated charging points, which is highly economical under various
scenarios.
Prof. te Heesen used the example of a commercial enterprise to show that combined photovoltaic
and wind energy plants can measurably optimise the energy supply. At the end of his presentation,
he posed the question whether it would be possible to convert the energy supply of the Greater
Region to a supply based on renewable energies.
On the basis of available data and simplified parameters, this transformation was possible in
principle and technically feasible. Prof te Heesen concluded his lecture with the conclusion: "You just
have to get started!”.

Legal framework and current political trends
Dr. Arnulf Jäger‐Waldau from the Joint Research Centre of the European Commission explained the
legal framework and current political developments at European level. He stressed that the EU
Directive 2018/2001/EU grants private households, municipalities and companies the right to
become producers of clean energy. To this end, the instruments of the Renewable Energy
Community and the Citizens' Energy Community were created with the aim of producing renewable
energy. The aim is to enable operators to produce, store, share, consume or sell their energy to the
market themselves.
Dr. Jäger‐Waldau pointed out that the European Green Deal calls for an increased reduction of
greenhouse gas emissions by up to 55% by 2030, while an even stricter limit is currently being
discussed in the European Parliament. The Recovery Fund set up as a result of the Corona pandemic
provides additional investments in the area of transition to renewable energies.
Solar energy is one of the pillars to achieve this reduction in greenhouse gas emissions. Therefore,
the Green Deal and the Recovery Fund could trigger an increased demand for PV installations and
thus lead to a significant growth of European solar cell and module production.

Dr. Jäger‐Waldau also noted that a transition to a net CO2 neutral energy sector is possible, but that
efforts to achieve this must be significantly ramped up in order to achieve the objectives of the Paris
agreement in time.

The second part of the event showed interesting and vivid examples from municipal practice.

“Sun for Birkenfeld” Foundation
Mr. Leyser as head of the "Sun for Birkenfeld" foundation reported how the Birkenfeld municipality,
which is located in one of the structurally weakest regions in Rhineland‐Palatinate, participated in
the renewable energy business and what successes were achieved.
Under the umbrella of a public law institution (AöR) founded specifically for this purpose, the
foundation set up photovoltaic systems on municipal roofs and areas as well as a charging
infrastructure for electric cars in the National Park Region. With the operation of its own photovoltaic
systems, 24,000,000 KWh of electricity have been fed into the grid since their start, which has so far
saved 15,000 tonnes of CO2. With an investment of more than 3 million euros, the foundation
erected PV roof systems with a total output of 1,400 kWp within 6 months. Through the feed‐in
tariff, an average of € 350,000 in revenue could be generated annually.

Digital energy management in an association municipality
The final presentation was given by Mr. Christoph Benkendorff, Energy Manager of the Birkenfeld
Municipality. He used practical examples to demonstrate how digital energy management has
reduced energy consumption and energy costs for the municipality administration. By using so‐called
smart meters, it could be determined that a changed, energy‐conscious user behaviour alone has a
savings potential of up to 2.5% per year. 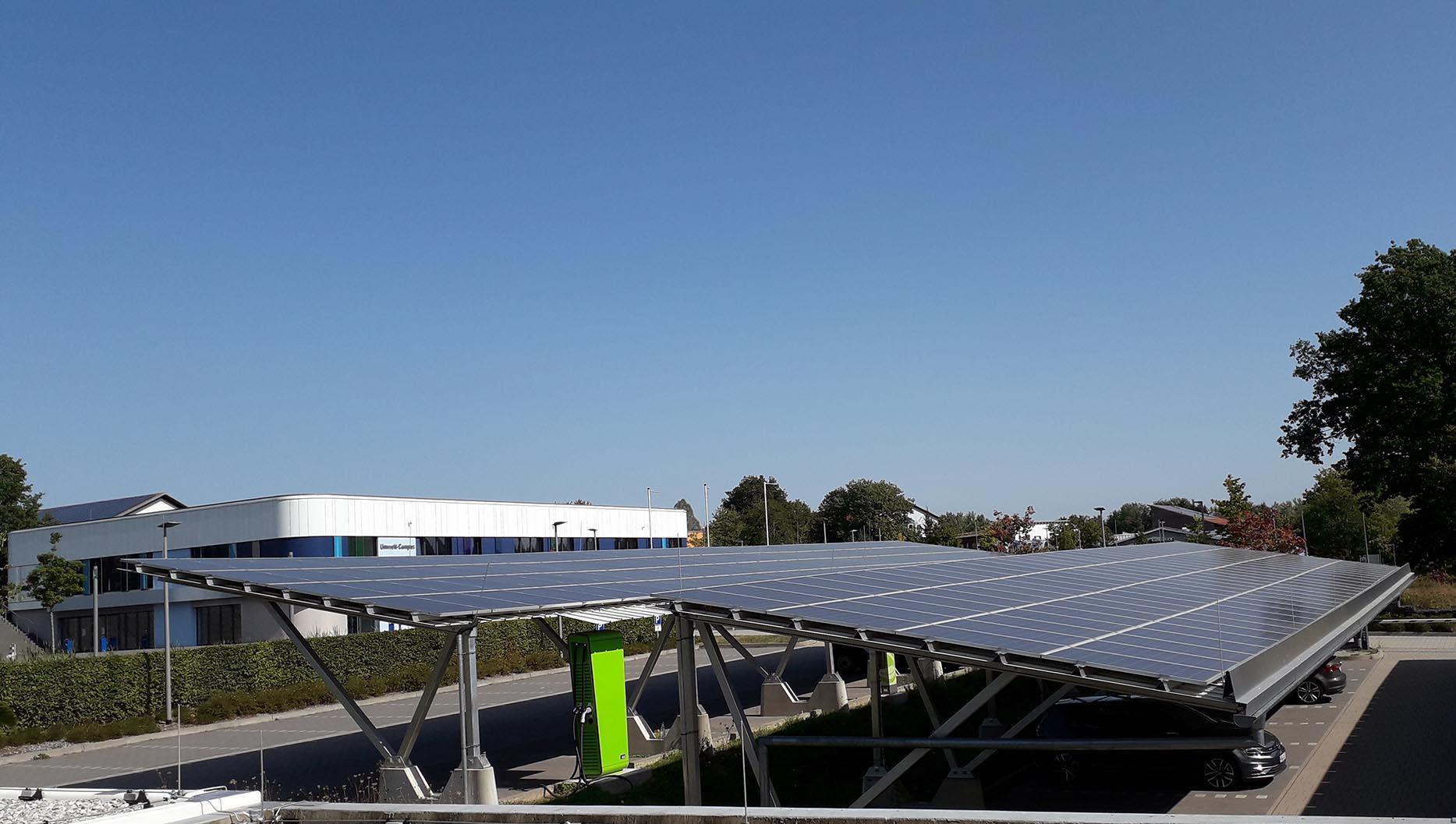