Climate protection and digitalization on "Friday for Future"

In January 2019, the IoT workshop at the Environmental Campus Birkenfeld and the vocational school Neustadt organized a climate protection hackathon for schoolchildren. The participants developed innovative solutions that use digital technologies to cope with climate change.

In December 2018, the UN Climate Change Conference took place in Katowice, Poland. The speech by 16-year-old schoolgirl Greta Thunberg motivated many pupils in Germany and many other countries to go on Fridays like the young Swedish schoolgirl on Fridays to strike for a more consistent climate policy. According to the protesting young people, climate change is questioning the future of humanity as a whole.

Pupils of the vocational school in Neustadt an der Weinstraße, on the other hand, would like to participate in practical solutions to global challenges. Together with the IoT workshop at the Environmental Campus Birkenfeld (Trier University of Applied Sciences), they conducted an all-day hackathon on climate protection 4.0 at their own school on Friday and developed innovative proposals for coping with climate change. In a hackathon, the participants spend a longer period of time disruptively (marathon) dealing with the solution of a special problem by means of digitization (hacking). Under the direction of Swen Habenberger and Prof. Klaus-Uwe Gollmer, many of the young people's creative ideas were implemented at the 12-hour event in the form of a first functioning prototype. The spectrum ranged from the active promotion of plant growth to CO2 fixation by means of sensors, the intelligent tracking of photovoltaic systems for regenerative energy generation, the leakage search in water pipes, to optimal lighting control for the school building. The winner of the jury prize was the Class 11 team with a theme for optimising local transport in rural areas. New IoT terminals at bus stops should make bus journeys more efficient and thus also reduce CO2 emissions.

The IoT workshop is an idea developed within the framework of the national digital summit of the federal government to anchor digital and creative competencies in the German education system. Under the motto "Making the Internet of Things Touchable" it has developed its own open source platform, IoT-Octopus, and supports schools in integrating digital topics into teaching. The aim is to prototype an idea of its own in the context of IoT (Internet of Things) and artificial intelligence (AI). Meanwhile, the initiators can refer to more than 100 successfully implemented project ideas.

The Environmental Campus Birkenfeld is the "greenest" university in Germany with 6th place in the worldwide ranking of sustainable university locations and addresses the key issues of sustainability and digitization in teaching and research.
BBS Neustadt is one of the largest schools in Rhineland-Palatinate with over 2000 pupils. 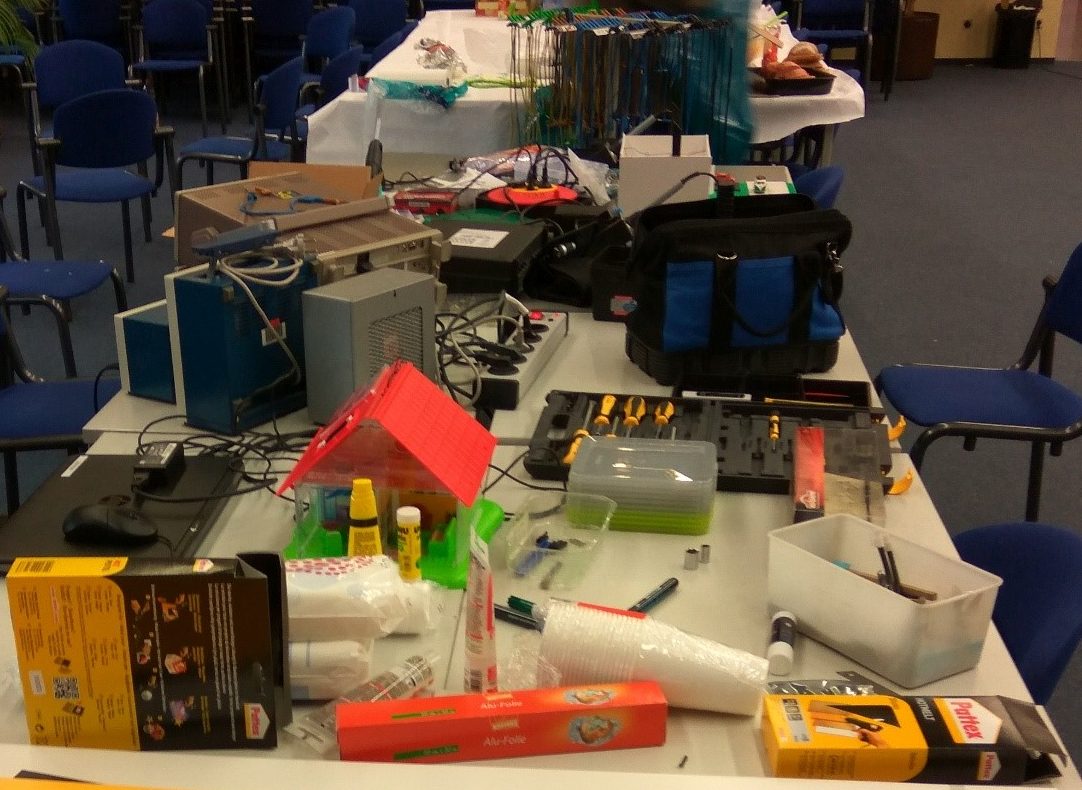